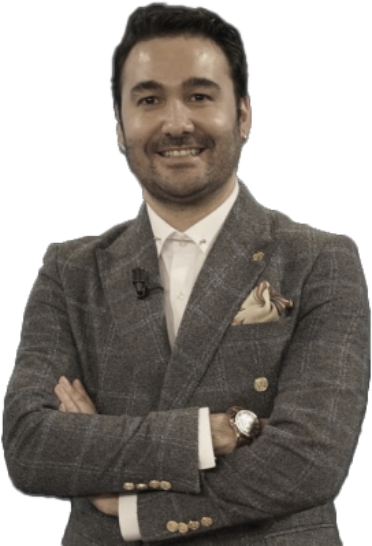 Removal of excessive adipose tissue in the body via surgical methods is called liposuction. You can complete the operational period in liposuction together with the specialist and experienced aesthetics surgeon Çağatay Falcıoğlu. You can contact us to get detailed information for this issue.

Overweight is a quite bothering situation in individuals. Thus, they want to get rid of excess fat in their bodies via the methods such as sports and diet. In some situations, it is not possible to get rid of persistent fat via diet and sports. At this point, liposuction procedure is considered. Liposuction is absolutely not a weight loss method. Individuals should primarily get rid of your excess fat via sports and diet. In cases where it is not possible to get rid of fat with diet and sports, liposuction method is used. This operation can be applied to various regions such as hip, abdomen, leg, arm, and buttocks.

How is Liposuction Done?

People who want to get rid of excess fat in their body apply for liposuction. This aesthetic operation, called liposuction, has various methods. The said methods are as follows.

In classical liposuction method, small incisions are made at the region where there are excessive adipose tissues. A fluid is injected around this incision in order to prevent bleeding. After the fluid is injected, vacuum is used to retract the adipose tissue via cannula. Fat removed via syringes is directly evacuated. The effect of the operation can immediately be seen after the operation.

The region is anesthetized via local anesthesia and laser fiber optic cables are released in the adipose tissue in the region. The adipose tissues are decomposed via these cables and retracted by cannulas. In this method, small incisions are made in the region. Recovery period of laser liposuction method is quite shorter than classical liposuction.

Vaser liposuction site is marked before treatment and a certain amount of liquid is injected. Via small incisions made, cannulas are subcutaneously located to which a metal rod emitting ultrasonic energies is connected. Thus, the walls of the adipose tissue are degraded, and they are retracted via classical liposuction method by using a cannula.

You should not hasten to return to your daily life. You need to give time for yourself and your body for the recovery period after liposuction. Despite it is a minor operation, liposuction is a surgical procedure. Before returning to your daily life, you should pay attention to some important points. Swelling and ecchymoses may occur after the operation. Consider the recommendations of your doctor in order to eliminate the said swelling and ecchymoses. You need to get information from your doctor regarding various issues such as sexual life and driving.

There are various complications that may occur after liposuction. The most important one is blood coagulation that may convert into sepsis and cause infection. It generally occurs as pulmonary embolism. This situation occurs quite rare. You should contact your doctor if you have fever, pain getting less in time, and swelling more than expected.

The website, cagatayfalcioglu.com, is only prepared to provide information about Aesthetic and Plastic Surgery without having any commercial concerns and it does not provide any medical service.

It is compulsory to have the diagnosis and treatment made by a doctor. This web site is prepared to inform the site visitors regarding plastic, reconstructive, and aesthetics surgery, medical aesthetics, hand surgery, and microsurgery. The aim is not to direct the patients. All the procedures provided in the site are not conducted at the clinic. Information provided in the website and clinical applications may vary. No medical service is provided via this site that may substitute a real examination, diagnosis, and treatment. Information on this site cannot be used for the diagnosis and treatment of the patients.

All the responsibility arising from the use of this site content for this purpose will belong to the visitor and the user. People visiting this website assume to have accepted these warnings. As the information on this site is not updated every day, every information should be checked by consulting to the doctor by the visitor.